I am a huge Black Mirror lover. I knew from the first episode that it was a show that was made for me. It has everything I love: sci-fi, twist endings, social commentary. It’s such a great show as well because everyone can find a favorite episode, as they are all so different. When I recommend this show to people, I tell them to specifically not start from the beginning and just start with an episode that sounds appealing to them. Maybe my list here will give a new watcher a place to start. I know that this show might not be everyone’s first choice of watching material during global pandemic, but if you’re a masochist like myself, what is one more depressing show between friends? In no particular order, these are my favorite Black Mirror episodes.

I love this episode so much. It has so many layers and dives into some really heavy themes. It has a really interesting take on technology (as most episodes do) and how “blocking” someone could turn into a real punishment in the near future. Jon Hamm is so good as a smarmy, sweet-talker, as he so often is. Rafe Spall is also amazing, and the whole time I was watching this episode I couldn’t figure out why I recognized him. I finally realized that he is in the movie The Ritual, which is an amazing Netflix horror movie. This episode is also beautiful, with a crisp yet bleak color pallet. This episode should definitely be on the watch list for anyone new to the show, or anyone that hasn’t seen this episode yet.

“USS Callister” is the episode that I used to convince my parents to watch this show. My mom is a major nerd and loved sci-fi more than any genre by far. “USS Callister” is great because it is kind of a break from the more deep and depressing side of Black Mirror, and lets you have a little more fun. Don’t get me wrong, it still touches on sexism in science fiction and the workplace, but it does so in a much lighter way. Jimmi Simpson, my favorite, is also in the episode which makes it an almost automatic win. Matt Dam–I mean Jesse Plemons is also a great jerk in this episode too. If you are a science fiction fan, give this episode a watch.

This episode is just plain beautiful. If you want to cry, this is the episode for you. I think the most stand out part of “San Junipero” is easily the atmosphere. It is vibrant and fun and just reeks of 80’s nostalgia. It is also a touching love story between two very different people who bring out the best in each other. This episode also really amplifies virtual dating and connecting with people that you maybe haven’t meet in the flesh. If I had to pick one episode that I could ever watch again, this would probably be my pick. 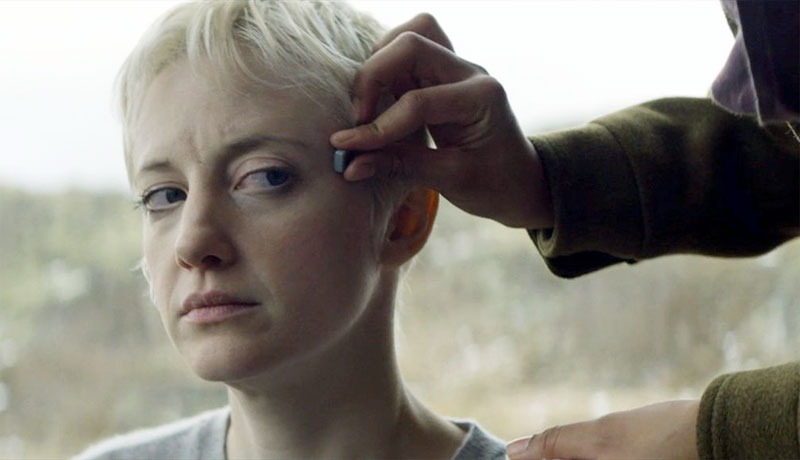 I don’t understand why this episode is so low-rated. All of season 4 is rated lower than I think it should be. “Crocodile” is easily on my list of favorites. It does move a little slower than other episodes, but I think that just builds on the tension. The way the main character reacts to certain things happening, and the technology used to uncover things is all very realistic and a little scary. The ending also just left me going “no way, she didn’t”. So good and underrated.

I highly recommend going back and giving some of these episodes a re-watch/first watch. There are a few others that I love as well, but the ones I listed above are the ones that really stuck with me. If these episodes don’t do it for you, I would just recommend to STAY AWAY FROM SEASON 5 at all costs. You will thank me later.